“There’s nothing I can compare to riding through the night with purpose.” 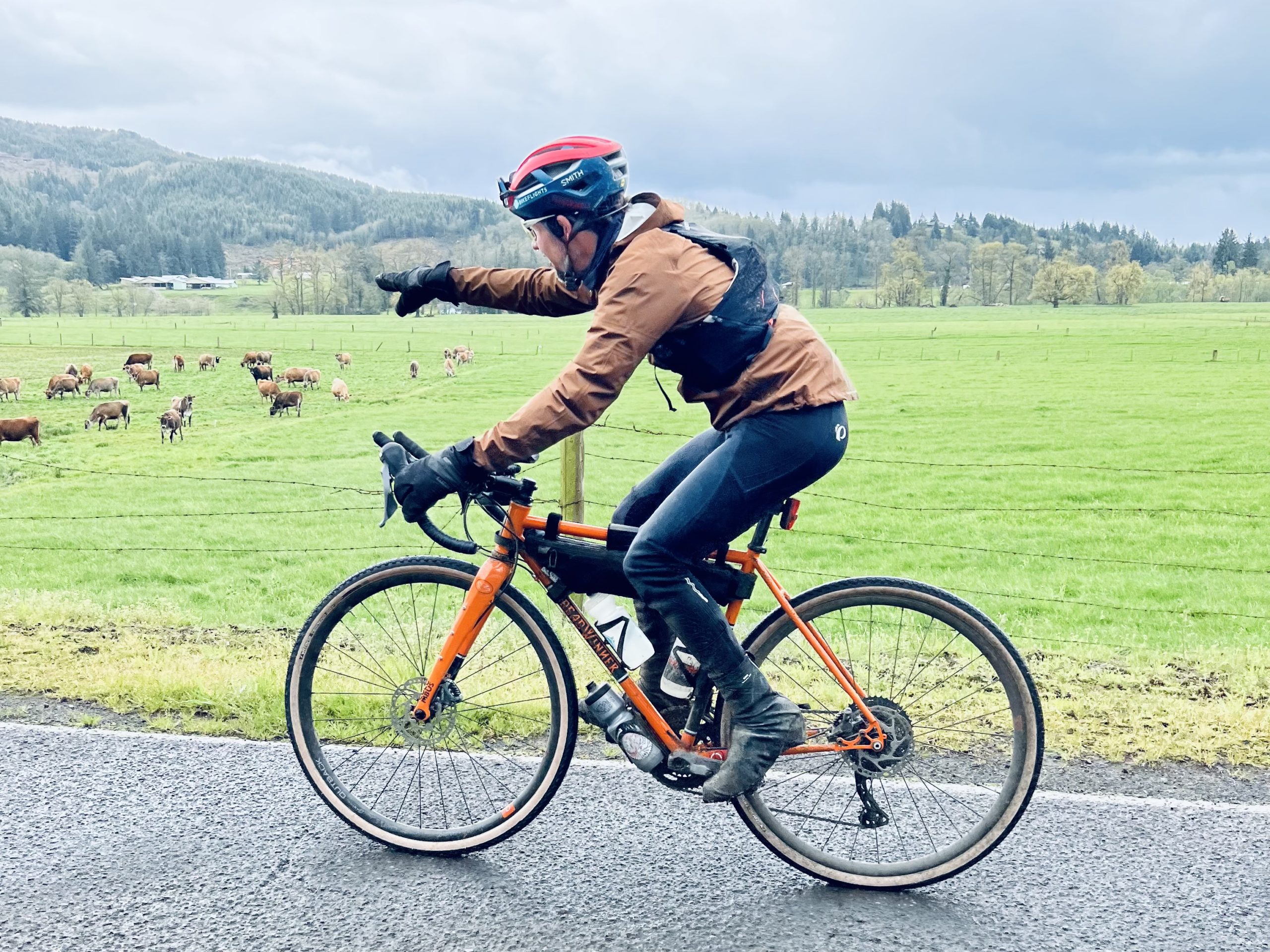 It’s Thursday night and I’m sitting in Los Pepitos Locos in the Beaumont-Wilshire neighborhood of NE Portland, the sole patron after what appears to have been a busy dinner shift. Futbol is on the tv and it’s providing a subdued energetic buzz of background ambiance. I’ve made a shift away from burritos as the go-to post-ride refuel; replaced by tortas. All the flavors one might expect from al pastor just shaved off the spit but with mayonesa and melty mozzarella on a Kaiser. It’s like the fatty, carb-heavy cousin to the burrito.

I’m not kidding when I say I dream about these sandwiches.

Earn Your Tortas: The Ultra Itch

Tonight the torta was earned. It was the first ride back after three days completely off. Three days of deep fatigue; Physical, mental and emotional fatigue.

This past Sunday was the first big distance effort and recon ride for what will be a definitive shift in focus for spring/summer 2022. I’m learning that this multi-layered fatigue somewhat comes with the territory of committing to 12+ hours in the saddle. All that, though, is brief in contrast to the sensation of covering an expansive space or distance under your own power.

Ever since going for the Oregon Outback FKT in 2020, I’ve had the “ultra” itch. It was transformative. The spark of energy that burns with the sun as it slowly emerges from the horizon. There’s nothing I can compare to riding through the night with purpose.

Around the new year, Ben Handrich reached out and asked if I would be interested in signing up for the May 28th grand depart of The Odyssey of the VOG (Valley of the Giants) a 350 mile, mixed terrain adventure route that climbs up and over the coast range (several times) in a clockwise direction. Ben, who is the organizer and one half of the duo that created this route, is quite the ultra-endurance off-road cyclist as well. His invitation and recommendation to join come with immense perspective in the sport, and I was flattered to hear from him. The timing of his reach out couldn’t have been better. It was an easy yes. He and Seth Dubois set out before the first Grand Depart, laid down the FKT (fast known time) and time to beat: 34 hours, 15 min & 37 hours, 25 min respectively.

My partner Janelle and I took inventory of the weeks that lie ahead between now and Memorial Day weekend and beyond. There was a realization that the spring and summer were filling up fast with obligations.

Clearing the weekend schedule, I set for a 3:30 am departure from the front door in Cully with my eyes set west on the North Trask Rd route over the Oregon Coastal range to the town of Tillamook. This ride would check several boxes in one go: 1. Time in the saddle to refamiliarize my body and mind with the sensations that only creep in around the 9-10 hour mark of riding. 2. Getting eyes and tires on the sections of remote gravel roads that I fully anticipate riding at night. 3. Shakedown the new Breadwinner B-Road with Astral wheels built by Sugar Wheel Works for this very adventure.

As it goes with rides of this nature, adaptability is a must. I admit that I am not a morning person even though I do romanticize the practice of waking early and getting a jump-start on the day. I missed my 3:30 am goal and rolled out at almost 4:30 am. With daylight still not at its peak length, I had to decide to cut out a significant climb on the course that meanders 2,500 ft upwards along the Kilchi River and ultimately drops you down to the Keenig trailhead of the infamous Wilson River Trail.

Plan B turned quickly into Plan C as I got my first glimpse of the higher elevation zones that lie in my path. A generous white blanket of fresh snow from the night’s precipitation had me scratching the biggest climb on the VOG route, ascending 2,700 ft out of Jordan Creek from HWY 6. This was when I decided that I would make the best of it and TT my way on a stand-alone out-and-back of the Trask Rd. It proved to be the wisest move I could have made: as I crested the high point westbound skirting the edge of the Barney Reservoir, I hit about 2-3 inches of fresh snow. Adding to this excitement were some very fresh big-cat tracks in the snow.

Fast forward: I’m descended from the Stimson logging sites and successfully punched through the wet, dank, lush forest into a mellow undulating gradient along the Trask River. Fifteen or so Elk greet me at one of the open and exposed bends. Neither I nor they particularly wanted to interact, so I slowed my roll to allow them time to bound effortlessly in both directions down to the water and up the steep banks on the high side.

Before I knew it, I was emerging from the wet, slurry of gravel of the North Fork to the smooth as asphalt of the Trask Rd. proper… just gliding into the open expanse of majestic Tillamook Bay.

A Dirty B-Road and a Mental Boost

Here’s where out and back routes get funky; You’ve spent the last 5.5 hours motivated, pushing towards your turnaround point as the prominent destination. It’s as if you have arrived when in actuality you’re halfway. This is the mental check that needs to happen before you allow yourself to dig that hole of energy expenditure. Thankfully, my friend Nick Kirkpatrick had mentioned driving out and meeting me halfway to check in and take some photos and video. I rolled up to the Shell at 101 and 3rd and saw the text. A minute later he and his oldest, Connor, were there for some high fives and photos of the appropriately dirty B-Road. It was a nice mental boost after battling a steady headwind out in the flats.

I put away some of the Shell’s microwavable finest (a hot Italian style sandwich of sorts), sipped some “coffee” and slammed a sugary Dunkin’ Donuts caffeine cocktail. Then, just like that, we were back rolling eastbound on Fairview Road headed back into the mist hanging over the mountains.

Eastbound and down to the final 145km; Nothing standing between me and a hot shower but the Oregon coast range and the looming thoughts in the back of my mind about the Big Cat paw prints I saw a few hours prior…All in all, I was able to suppress most of that anxiety and I harnessed that energy towards the delicate balance of carbohydrate intake and bonk. The later effects of an out and back plan always seem to crop back up as your legs want to quit. They remind you of the downhills that you enjoyed outbound and now count those moments of glee as a checklist of torment, just counting the remaining ascents left to conquer. Yamhill county can throw you some rollers!

Drifting over the double yellow of the Nehalem Highway and making my way to the ample shoulder I couldn’t help to feel that sense of accomplishment of making it up and over the most challenging terrain of the day. I thought it should be smooth sailing from here on out. Don’t do that, don’t say that…You know how ugly it can get when you start making assumptions. It’s right as I felt so easy-breezy, that the first saturating drops of what would be the heaviest spring rain that I’ve experienced on the bike this season. This rain cell never let up. It was from that point on I developed those swooshy puddles in my shoes, the cold bite of soggy fingertips, and almost headache from squinting to keep the spray out of my eyes.

Elation though was jetting up N. Williams in a greenlight-catching sequence that I could only dream of, cresting over NE Going St. and motorists rolling out the carpet so I could efficiently cross the north-south arteries then hearing the gravel of my driveway under my tires. I flung the garage door open, gently placed the B-Road into the work stand and just kind of stood there. Such an amazing tool that, on top of being pleasant to look at dirty or not, it efficiently made a painful, exploratory journey enjoyable. I think this bike shall serve its purpose well. It’s passed its first test with Flying colors and the remaining training that awaits for the Odyssey of the Valley of the Giants is going to be something to look forward to.

Link to the North Trask Recon

RideWithGPS route of Odyssey of the VOG

We build beautiful bicycles for people who ride ev

Welcome to Club Lolo! "Bread is lyf! First road b

Fully custom means it's your bike, with your own s

Breadwinner Cycles was founded in 2013 by passiona

Go Fast. The Breadwinner Lolo was made to dance u

Handbuilt is life! Explore our line of handmade b

We love the look of this Breadwinner B-Road featur